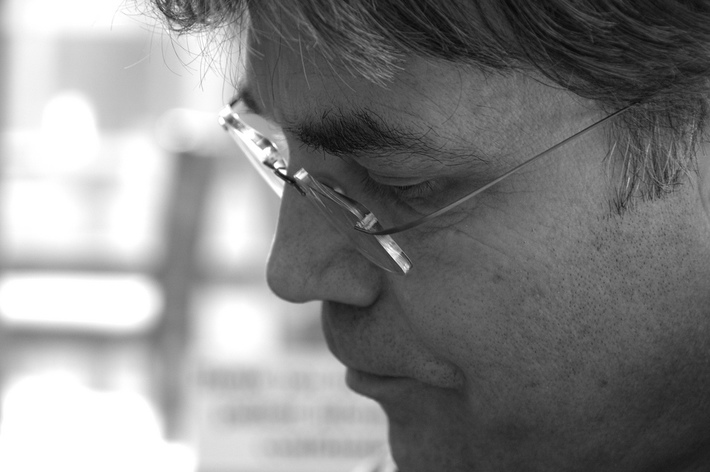 Tim Manners has not received any gifts yet

I wrote about Manny's on my blog and a number of readers responded with their own thoughts and stories. Thought you might enjoy it: http://www.timmanners.com/man-oh-mannys

Dave Sherman said…
Hi, Tim! How wonderful to hear from you, too! When I saw your pic appear here the other day, I kept asking myself if that was you; I gave the situation the benefit of the doubt. How serendipitous!
Unfortunately, Iost that gig two and a half years ago, (I was there eight years to the week, to the day) due to budget cuts, and after being out of it for about 14 months, I took a part-time job as an associate producer/traffic reporter with the Columbus branch of Metro Networks, only to lose that gig only about five or six months later, as they were in a restructuring phase. They just bailed on Columbus
a week or so ago, and relocated the operation to Detroit, where they'll do traffic for that city, as well as Columbus, Cincinnati, Cleveland, and Indianapolis. I just lost out on a gig with a small station in Newark, Ohio, about 45 minutes east of here. I've been liviong off my savings, and with both no "real job" skills, and 28 years in a "specialized" field...well....there's an on-line seminar for wayward and displaced radio talent next week, and I've signed up for that. I've been looking for a "real" job, but another problem I have (not counting my age) is that the Ohio job market (like Columbus' music scene) generally sucks .
If not for my girlfriend, whom I live with (she has a house), I would've bolted within 20 minutes after losing my job (well, not quite THAT fast, but you get the gist). Anyway, I miss Connectcut, although I doubt I could afford to live there now (it'll be nine years in August that my folks moved to Florida). Anyway, if I may impose upon you to ask your brother to fill you in on all the other incidentals and particulars, and he has my e-mail address, I welcome this (insanely wonderful) cyber-reunion to continue! I trust you've also seen my "guitarsenal." Whad'ya think? DAVE

Dave Sherman said…
Hey, Tim! It's Dave Sherman...how ARE you? Mike got a hold of me a couple of days ago, and we plan to stay in touch. I hope all's well with you!

Lance Barbarino is now a member of THE VIRTUAL WALL OF FAME
Oct 7
Welcome Them!

Jim Eigo left a comment for Jerry Liebman
"There's a story behind the Eigo name that has to do with immigration. When my great grandfather came here from Ireland there were many Igoe's coming over so to distinguish himself in the new world he took the…"
Aug 9

Jon Margolis left a comment for Sandi Bachom
"Thanks Sandi. I googled and the NING instructions don't quite match reality. I pick the file on my computer to upload and it is then listed in the profile pic area. But there is no upload button. At the bottom of the page is a SAVE button,…"
May 17

Sandi Bachom left a comment for Jon Margolis
"thanks so much for joining I have to look it up, haven't been on here for so long if you don't hear back please send me a message. Google how to change member profile NING page"
May 17

Everyone said go to Manny's so my dad took me there when I was 12. Shocked me by buying me a set of 1965 Ludwigs for my upcoming Bar Mitzvah. I was never religious, but am still drumming! Danny Burgauer took care of me in the old store, at 120 W…
May 17
0 Comments 0 Likes

Jon Margolis updated their profile
May 17

Jon Margolis is now a member of THE VIRTUAL WALL OF FAME
May 16
Welcome Them!

Marc Bailin is now a member of THE VIRTUAL WALL OF FAME
Apr 26
Welcome Them!

Jessy White is now a member of THE VIRTUAL WALL OF FAME
Apr 14
Welcome Them!