It was there in the 70's (Harry with albums and Tom on tv with
Make a Wish), that he referenced me as the "no-talent Chapin"
one occasion while Tom and I were shopping there - it was
actually very funny at the time, a Rodney Dangerfield moment.
But for the next two decades, every time I would drop $5K a…
Continue

Joe Bonamassa bought the Manny's sign, had it restored...on display at Songbirds in Nashville

As Of September 2016, Jimy Bleu has been touring with "Kiss The Sky" which is the world’s most historically accurate Jimi Hendrix show EVER!
Through meticulous detailed re-productions in every aspect of look and sound, the show re-creates Hendrix’s most classic concerts and landmark stage show performances such as The English pre-fame tour, Monterey Pop, Woodstock, Band Of Gypsys & The Cry Of Love tour.

Back when Manny’s Music

was the place to go

Man, that was Heaven

Just a subway ride away

when I was just fourteen…

As we all know, in the mid to late '70's there were probably as many sales outside the stores as inside...One day, my friend John calls me and says "Hey, I'm going to 48th st. to sell my Telecaster...wanna' take a ride?" so I said yeah sure.....(we usually were there 4 or 5 times a month in those days)

After parking and walking up the block for about 20 minutes or so window shopping , we see these two guys standing in front of We Buy....they're looking at a Telecaster , so , John says…

I clearly remember being 9 or 10 years old and my parents taking me and by 2 1/2 year old younger brother to manny's for a flat black lacquer Ludwig drum set.  a real beauty.  a snare, tom, hi-hat, ride cymbal and snare with a throne.  bought it from stu, who I believe was manny's son.  (my drum teacher ben halpern suggested we go to manny's).

and I recall that manny himself was there, working the crowd with his sales crew in that narrow store. 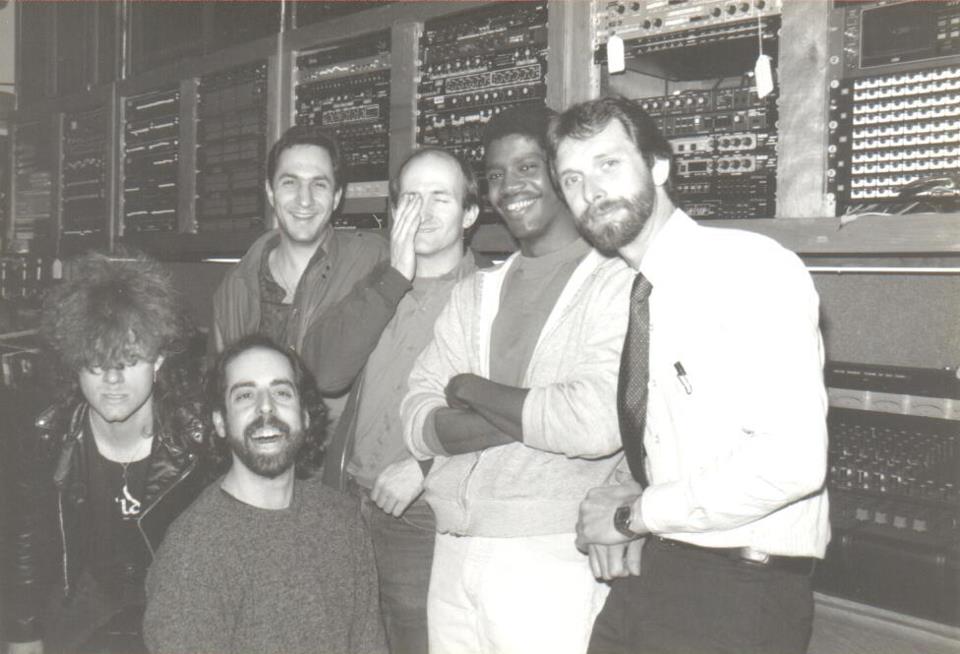 Join PBS channel 13 in celebrating the release of the new American Masters documentary on Jimi Hendrix featuring preview clips of the doc, as well as a live performance from the longest-running & only authentic Hendrix show "Voodoo…

I only worked at Manny's for a short while, about 8 months, but worked on the infamous 48th street in NYC for about 16 years before moving west to Los Angeles. I worked at Alex Music starting in 1986(?), then We Buy Guitars, Sam Ash, Manny's, back to Sam Ash, and last, but certainly not least, Rudys. I knew Henry, Judy, the gorgeous Holly, Ian and Judd for many, many years. They were all great people and great to work for. Manny's should've been declared a national landmark due to their…

Mimmo D’Ippolito / Eternalkeys is Back with a new album out on this winter 2013 calls “ARCANUM SECRET”. Album is composed by 10 tracks of Instrumental music that ranging between Ambient, Neoclassical, Film Music – Score – Themes, Electronic, melancholic sound of piano, orchestrations, pads…a travel between our cold world, prophecies, natural disasters, solitude and weaknesses of human being, past memories, drama themes, flight…

The reason you were not able to find me, my name is: Holly Goldrich, Sandi is my Partner with the site. I am so happy you found the sight and I hope we are related.  My Dad is also a HENRY.

Mike Sarubbe replied to Mike Sarubbe's discussion IMPORTANT : !!!!!!!! Very crucial Family Heirlooms I need to return to Goldrich family !!!!!
"Me teaching Marc to play "Killer Instinct on the SNES entertainment system . Boynton Beach ,FL. X-Mas 1994-95' .( I am such a dork ,I was wearing a Killer Instinct shirt ) One of the greatest Arcade Fighting games of all time though !…"
Nov 19